Antonio Sacre, born in Boston to a Cuban father and Irish- American mother, is an internationally touring bilingual storyteller, author, and solo performance artist, based in Los Angeles. He earned a BA in English from Boston College and an MA in Theater Arts from Northwestern University. He has performed at the National Book Festival at the Library of Congress, the Kennedy Center, the National Storytelling Festival, and museums, schools, libraries, and festivals internationally. Called “a charismatic, empathetic presence” by Chicago Tribune, his stories have appeared in numerous magazines, journals, and on National Public Radio.

His storytelling recordings have won numerous awards, including the American Library Association’s Notable Recipient Award, the Parent's Choice Gold and Silver Awards, and the National Association of Parenting Publications Gold Award. He was awarded an Ethnic and Folk Arts Fellowship from the Illinois Arts Council. 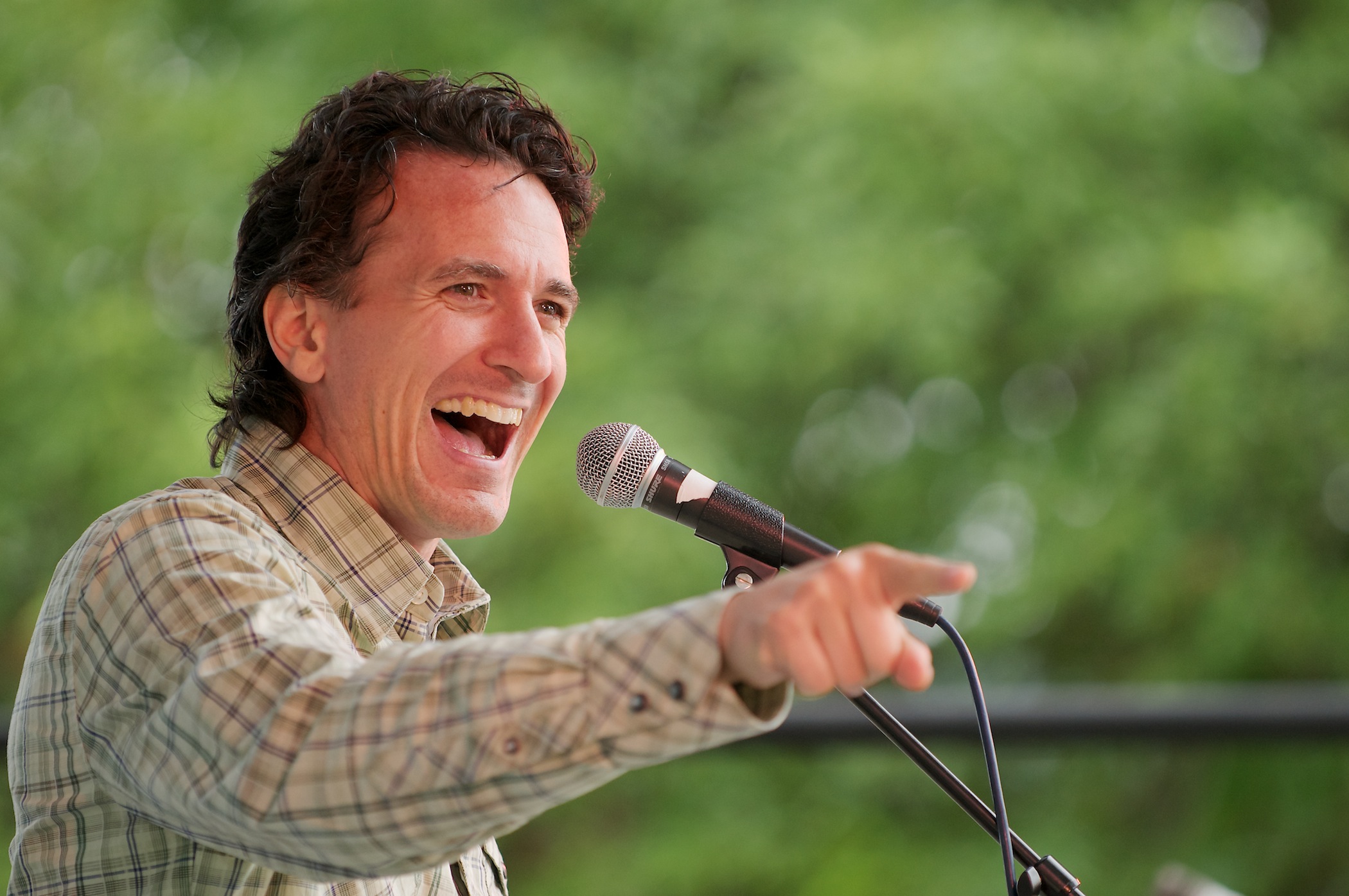 When and how did you begin to storytell? Can you remember your first session?

While many members of my family are wonderful storytellers and joke tellers, I didn’t know it existed as a profession until I learned about it in graduate school. While receiving a Masters in Theater at Norhtwestern University near Chicago, I took a storytelling class, and as part of the class, I had to tell stories to children in schools. I loved it, and the seed for what became my career was planted.

My first paid storytelling was Dec 4, 1994. I do remember it well, and have the flyer the school printed up framed in my office. It was wonderful to be able to tell stories in English and Spanish to bilingual students in the United States.

How do you prepare your storytelling sessions? What is your process?

It depends on the audience. For pre-school kids, I prepare by noticing small things in my world on the way to the class room, and prepare to be silly. If I’m performing for a very large group (I’ve performed in huge outdoor amphitheaters for up to 5,000 people) I make sure I’m well rested, well fed, and I sit in a quiet place and image the images in the stories that I’m going to tell.

For elementary schools, I will talk with the teachers and see what they are focusing on in their lessons, and try to find the stories in my repertoire that best support what they are trying to teach.

In which way (or not) do you think being bilingual has helped you in your work as a storyteller?

At the beginning of my career, before I developed the skills and stories needed to reach the international level, I was given opportunities to hone my craft solely because of my ability to speak Spanish. At these early performances, I was able to listen to wonderful parents from around the Spanish speaking world, learn some of their stories, and pass them along to children in other schools. Also, there is a strong movement of dual-language instruction in the United States, and many schools love that I am able to perform entirely in Spanish. As a way of doing business, I am one of a very few tellers that am able to perform entirely in English, Spanish, or a mix of the two.

Can you tell us about your experience on stages internationally renowned?

What is the audience going to face (or find) in "The storyteller"?

My solo show THE STORYTELLER is the fourth in collaboration with renowned theater director Paul Stein. It’s a mix of contemporary storytelling and poetry, impeccable character acting, and retelling of ancient myth, I examine what it means to be an artist, storyteller, and human in today's world.  I think it’s funny, uncompromisingly honest, and surprising in its point of view. I reveal what solo performance, storytelling, and exotic dancing have in common, how Cuban families communicate, and how Irish-American families don't communicate.

What makes you name a session  "solo" or  "storytelling"? Are there differences among a "solo performer" and a "storyteller"?

Is there an exhibition net for spanish speaking storytellers in the USA? How does it work?

The is the National Storytelling Network that supports storytellers, but no specific network for Spanish speaking storytellers that I know of.

We have read that you have specialized on mexican oral tradition, what about cuban tradition?

I have a large number of stories about my own Cuban tradition, and each of my four books that I have published deal specifically with my experience growing up as the son of a Cuban father and the grandson of a Cuban woman. However, there are many more millions of Mexican families in the United States, and many schools and festivals are reaching out to that population. When I go to one of those places, I make sure I include stories and legends from Mexico as well as my own heritage.

Can you explain to us what does it mean to be "artist in residence" in a high school?

Often, when I tell stories, I just go in for one or two sessions, and then I leave. When I am in residence, it means that I spend up to four months, usually once a week, sharing my stories and skills as a writer, and help the students write, tell, or perform their own stories. It a deeper impact, but for fewer students. In my book MY NAME IS COOL, I have three chapters devoted to telling the story of my work with high school students in New York City, Chicago, and Los Angeles.

How do you see the storytelling international panorama from the USA?

We often are lucky to have international tellers (most often English speaking tellers) coming to the National Festival, and it’s exciting to see the work they do. It’s exciting to be part of a community that shares stories that matter with the people that need to hear them.

In what moment do you think the storytelling panorama is in the USA?

It’s hard to say. It some regions of our country, storytelling is booming, and in others, it feels to barely surviving. While I believe storytelling is essential in education, art, and society as a whole, that view is not necessarily shared by others. We are hopefully just coming out of a long economic recession, one in which funding for the arts, and funding for arts in education, was drastically reduced.

There is no union for storytellers, but in my experience, the working conditions are very good. Many storytelling festivals are run by dedicated volunteers that try to make it as pleasant for the tellers as possible.

What do you think about "The Moth" phenomenon?

I love some of the stories I hear on the Moth, and the live event is great fun. On one hand, anything that raises the profile of storytelling as The Moth has done is a good thing. However, in the United States, as far as I can see, no storyteller is paid by The Moth, and as a professional, it’s disconcerting to see wonderfully talented storytellers telling their stories for free at events that audiences are paying to be at. I know the platform of The Moth can be huge, and many tellers have developed careers because of the work they do at The Moth, but part of my job as a storyteller is to help educate the public that storytelling is not only a vital part of life and can be an important part of educating students, but is worthy of financial compensation. I feel this is especially true when huge numbers of people are paying to listen to stories, either at The Moth or festivals. 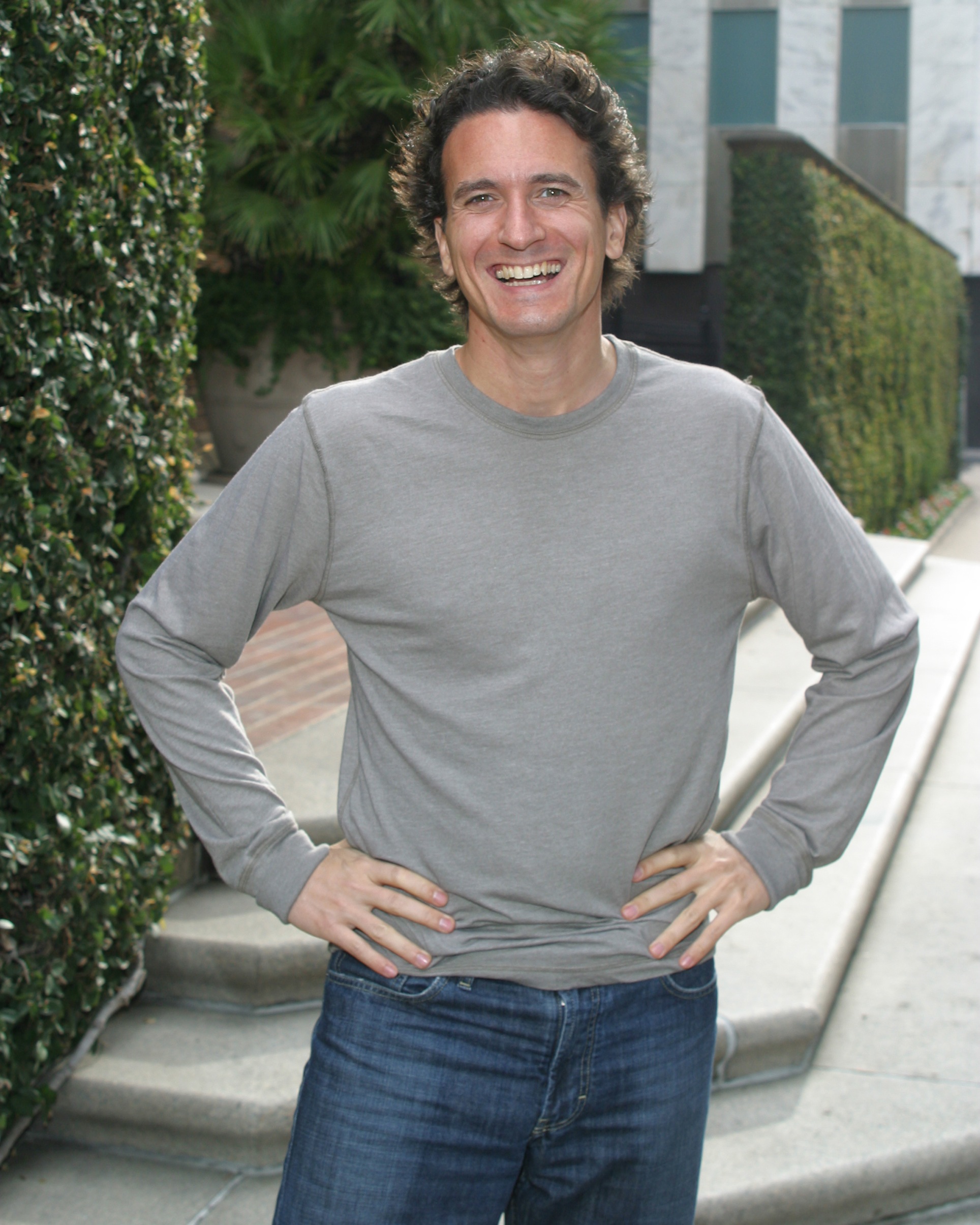 His first picture book, The Barking Mouse, published by Albert Whitman and Company in 2003, was a winner of the 2004 International Reading Association Notable Books for a Global Society. His next two picture books, La Noche Buena, a Christmas Story, and A Mango in the Hand, a Story of Proverbs were published by Abrams Books for Young Readers. Both were chosen for inclusion in the prestigious California Readers Book Collections for School Libraries in 2011 and 2012.

His fourth book, My Name is Cool: Stories from a Cuban-Irish-American Storyteller will be published by Familius books October, 2013, for Young Adult readers. Kirkus Reviews described the stories in My Name Is Cool as “over-the-top, as funny as they are touching. These stories convey the importance of bilingualism and biculturalism and should appeal to young readers.” My Name is Cool is a hilarious compilation of stories from his childhood. Drawn from Sacre’s personal history growing up bilingual and bicultural as a Cuban-Irish-American, the book weaves the Spanish language, Cuban family, and Irish humor into 18 unforgettable tales full of humor, inspiration, tradition, and family.