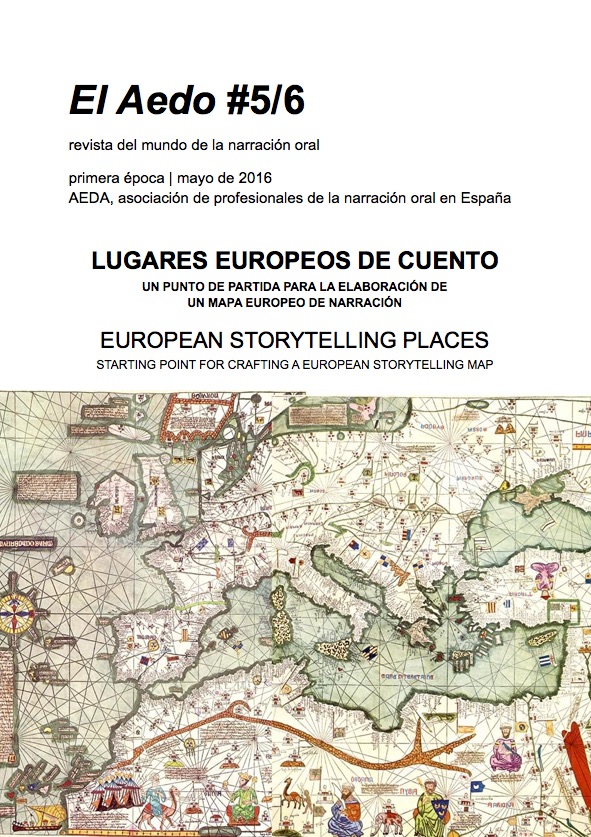 Where does Europe begin? Where does it end? Along what border, village, or mountain range...? Is it called Europa as in Sweden? Or is it Europe, as they say in England? Or again Evropa as in Serbo-Croatian? Is Europe a sign of separation, or rather a promise of overture? Is Europe defined by what makes us different or what makes us alike - through our desires and fears? And why, by the Gods, does Europe have the name of a Phoenician princess?

But whatever the answers might be that we continue to search for here, onething is sure - stories have always been able to travel far and wideacross Europe, needing neither passport nor visa, bringing along whatneeds to be said, and sharing generously with all who would like to listen.Stories have been presented here as ‘borderless’ and this is indeed the case. But at the same time they have roots, powerful roots, and roots can be of two natures: they can dig down deep into the earth, or run along just under the surface. The roots of storytelling share these two characteristics. They plunge profoundly into the culture or cultures of the country where they were born, but also spread out from the homeland and may grow in other lands, adapting to the local language and culture.

And if the imagery here has to do with the ground, the earth, it could be extended to the other traditional elements as well: stories have travelled over the seas with sailors and adventurers – so they can flow like water; they can be ‘airy ’ and ‘breathy ’ and be sung from one place to another; and they can even inflame you, as the tongues of fire in the biblical reference or in the image of the carnival fire eaters, and even in the Mayan as well as Chinese ideo-gramatical writing systems in which to speak is represented as fire spit from the mouth!

Whether it has been through air, sea, land or fire, stories have always travelled through the routes that articulate Europe. Some were pilgrimage routes, other commerce routes. But what is true is that tales have run from one place to another building a European repertoire that has been handed down to our days. But isn´t this also part of our shared common cultural identity?

What follows is a new double issue of our digital magazine El Aedo called European Storytelling Places. Starting point for crafting a european storytelling map. We have collected data, characteristics and initiatives promoted by storytelling organizations from 20 countries. One of our aims was to attest to the vibrant nature of the art of verbal narrative in contemporary society. From this issue, the fifth and sixth of our magazine, we will create a visual project by the same name that will be a map where all European storytelling will be represented (you can see how we're working on it). It will include organizations, associations, festivals and publications, which already appear in our El Aedo issue, but also the different storytelling areas covered in each location. This map will be hosted on AEDA´s web page both in English and Spanish. It will also be linked to FEST´s web page. This will allow us to organize and locate everything at a glance, and at the same time will allow this resource to continue growing. Maps have become a critical piece of our lives. Providing guidance, direction, help, and more, maps now serve as an integral information source for us every day. Cultural mapping provides an understanding of culture, history, and a community’s unique identity that should be used at the beginning of any community development or planning project to create a list of potential partners, community resources, and tools needed for successful implementation. Input is sought from the community to guide the development of a plan to create a map of community networks and assets.

AEDA, Spain's National Storytelling Association, in coordination with FEST, the Federation for European Storytelling, is proud to propose to you this overviewof European storytelling, in hopes that it will be but a first steptowards a more complete vision of our communal art, and the beginning of promoting and collaborating in this net of paths and tales that we call Europe.

If you are unfamiliar with the storytelling revival, this can be a first step for you to discover new worlds within today's cultural scene. If you are yourself a storyteller, this can be a tool for making contact with fellow artists.So whenever it might occur, just let yourself go, and follow the simple fistfuls of words thrown to the winds by storytellers from east to west, from north to south - where all that is needed are a mouth and ears to firmly attach yourself toEuropa! Europa! Europa!Let´s hope this map will guide you to discover “European Storytelling Places”.