David Ambrose, Storyteller and Director of Beyond the Border International Storytelling Festival, (Wales, UK), accepted the invitation to be interview for AEDA’s website.  Jennifer Ramsay was the interviewer and she elected to follow the structure of ‘The Hero’s Journey’, a common structure in traditional wonder tales. We hope you enjoy reading the interesting result. 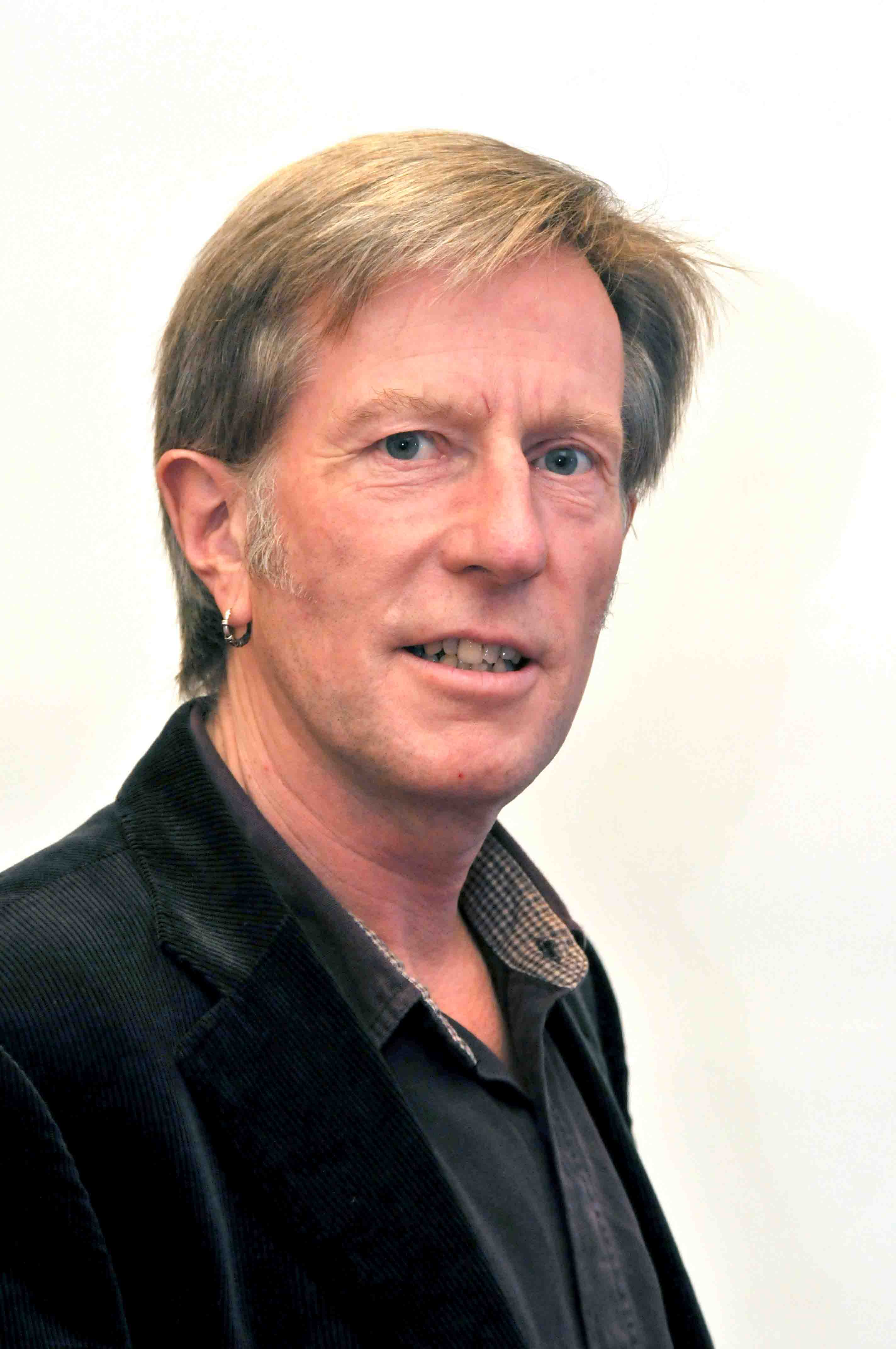 Once upon a time there was a young man called David who had a flare for organizing events. David loved bringing people together and he dreamed of creating a space for artists to interact with enthusiastic audiences. He would often venture out into the underground alternative Arts scene in London and Guildford to be with like-minded people.  The freedom of this experimental rebellion against the normal, straight arts scene opened up a whole new world. His dream became reality when he became director of multi-disciplinary Art Centre in the south of England and he dedicated his time and energy to organizing events there for many years.

Then one day, out of the blue, David received a phone call suggesting that he visit the local school to see a storyteller. Little did he know that this experience would change his life for ever on both a personal and a professional level.  As he listened to Ben Haggarty tell some stories from the Grimm brother collect David discovered the inert generosity that he finds in all folk Arts. He recognised the beautiful, ancient art of telling traditional stories as the perfect expression of sharing and he felt a strong call to adventure.

David was in his late 30’s at the time, quite late he felt to discover  the world of storytelling and he has been rushing around trying to catch up ever since and he believes that he starting running before he could walk. Since there was an obvious lack of opportunities to tell to adult audiences David and Ben Haggarty combined their knowledge, talent, skills and enthusiasm to promote storytelling events at the local Arts centre.  They started off with audiences of 10 people and little by little the public grew and grew until one special mid-summers eve they did an open air event in the castle gardens that was a huge success. It was a magical evening  and after listening to Hugh Lupton and Ben Haggarty from The Company of Storytellers the decision was taken to start a festival.

Storytelling was to be at the heart of the festival and it would be combined with world music. David was in charge of the world music in the beginning. Ben Haggarty was ideal to organize the storytelling part and his initiatives and encyclopaedic knowledge of style, stories and storytellers from around the world greatly helped in making the festival so successful. As the festival grew in size David decided to leave his job as director of the Art’s Centre to dedicate himself full time to being the director of Beyond the Border festival.

There have been many friends on this journey. In his early days there were several teachers who inspired and encouraged David and gave him the license to get involved in organizing events. David’s mum was also a prominent figure, a natural storyteller who often painted vivid images of her own personal stories as he grew up.

David describes Ben Haggarty as being a major influence in his life and a mentor on his hero’s journey, as well as being a catalyst in the storytelling revival in the UK. Other story teller friends have accompanied him on this journey like Sally Pomme Clayton and Hugh Lupton. And in more recent years a special group of friends and companions have been enriching his life as they meet up to enjoy and play with storytelling around the Cardiff area.

The Arts council have also been a huge help in recent years and their generosity with public money has made it a lot easier to organize the festival. And last but not least the beautiful St. Donats castle has helped to make the festival so attractive. The castle is perched up on a hill and surrounded by gardens, containing sculptures of mythical creatures, which reach down to the sea. There are joisting fields, enormous palm trees, a Saxon church, Tudor roses, Arabian looking tents. It’s the perfect setting to take you ‘beyond the border’ into another fairy tale like world.

David was uneasy when he was asked to talk about the enemies on his journey. He mentioned that there has been a few but that they have never been able to deter him. He confessed that his worst enemy is himself. Time was once an enemy until he finally quit his post as director of the Arts centre and could dedicate more quality time to organizing the festival and to his own professional development as a storyteller. Although David gives an impression of calmness and of taking everything in his stride he mentioned that his health has been suffering in the last few years due to stress and he is now taking things easier.

There have been many tests in David’s path over the years. He mentioned how difficult it is to deal with suspicious looking bureaucratic people who hold power over visitors to the country and how some artists have being unable to participate in the festival because of difficulties with paperwork. One year the festival was threatened by the health and safety regulations around foot and mouth disease. In the end a reduced one day festival was held although everyone attending had to dip their wellies in a bucket full of antiseptic liquid before entering and no one was allowed to camp out.

David has managed to overcome the tests in his path so far and was willing to share some pearls of wisdom that he has acquired along the way.

David believes that traditional stories from around the world can involve us in a shared experience and can be at the heart to aid change and transformation.  He invites us to think about the stories we repeatedly tell ourselves. How true are they? And how much do they limit us in our daily life?

On the question of the ownership of stories David understands that it is not always possible to know the origin of the story, but he thinks it’s important to mention its cultural background when possible and acknowledge where the story was first heard and that it is part of a chain.  After hearing a story that one would like to tell, he highlighted the importance of making it your own.

I asked David what makes a storyteller interesting for the Beyond the Border festival. He pointed out the importance of having a variety of different types and styles of storytellers to cater for the mixed tastes and needs of the audience. He specifically looks for qualities such as warmth and clear body language. He likes how a storyteller can embody a story and mark the distinction between the narrator talking and the characters in a clear yet subtle way.  He needs to be able to trust the storyteller with the story and know that they will honour the story and convey it well and that the emphasis is not on trying to dazzle with the performance.

He highly values that subtle thing that makes someone a storyteller and not an actor, someone who can make him feel that the story is talking to him, that he is involved in it and a part of the extraordinary world that is created between a storyteller and a listener in the magical space where story exists.

David believes that the Beyond the Border festival is more important than ever to help cross over barriers and reach greater understanding, sympathy and love through the sharing stories from a shared culture and that we are storytelling animals.

The next Beyond the Border festival will be held on the 1st – 3rd July 2016 and will include a rich programme of over 100 performances of stories and music from Wales and across the world.

Find out more on: http://www.beyondtheborder.com/