In July 2009, Spanish Storytellers were invited to participate in the II FEST Meeting, a meeting of European Storytelling Associations, festivals and schools that took place in Laussana (Switzerland). Nominations were submitted and storytellers voted online to choose the Spanish representatives.

After Laussana, a bigger group of storytellers gathered in order to produce a document from which a National Storytelling Association could be created, because nothing like that existed in Spain. Between August and September of that year a draft document of the statutes was produced and it was open to everyone interested to register and become a founder member.

During the first meeting, the statues were approved and the membership was gradually organized.

The first steps were difficult, the members were few and they lived far away from each other. It was difficult having meetings and working together but, little by little, these difficulties have been overcome and the work has begun to bear fruit.

Storytelling, as well as spreading a love for the profession.

After three years as an association, it is worth noting some achievements:

-The organization of the IV FEST Meeting, celebrated in Toledo in June 2011, to which representatives of storytelling associations, schools, festivals and others institutions linked to Storytelling came from all over Europe.

-Publishing El Aedo, an online magazine about the professional and traditional Storytelling world, whose third issue will appear shortly.

These achievements are the first in a long list of projects, of which this website is one. We wish it be filled with interesting content for everyone who loves Storytelling and especially for those who work as storytellers. 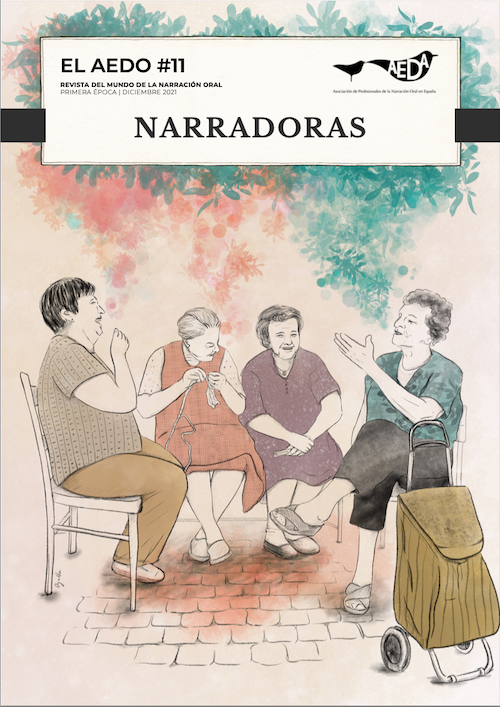